use code save20 for 20% off orders of $75+ (excluding custom and bundles) + free shipping on all orders!

We would like to introduce our good friend, Drew Copeland, from the band - Sister Hazel.

For more than 25 years, Drew Copeland’s trademark vocals, rhythm guitar skills, piano playing, and songwriting ability have been a vital element behind the success of the band, Sister Hazel. Their albums have sold over three million copies with hits that include: “All for You”, “Happy”, “Change Your Mind”, and “Champagne High”. Drew also released a solo album, “No Regrets”, which included the popular “A Little Like Heaven”. Sister Hazel continues to tour and make records at a fast pace. Their latest release, Water, reached #4 on the Billboard Country Music Charts. Go to sisterhazel.com to download some fantastic music!

When performing on stage with Sister Hazel, Drew plays his guitar and sings in his bare feet. We created a special edition Drew Copeland Guitar and Barefoot logo that is imprinted on our 26oz Classic Vacuum Insulated Double Wall Stainless Steel Tumblers and our 20oz BYOC (Bring Your Own Cup) Tumbler. For every Tumbler you purchase with the Drew Copeland special edition artwork, we will donate a portion of the proceeds directly to Sister Hazel’s Lyrics for Life Charity.

“Lyrics For Life is a 501(c)3 non-profit organization whose mission is to make a difference in the fight against pediatric cancer. Sister Hazel frontman, Ken Block, and his band mates founded Lyrics For Life in memory of Ken’s younger brother, Jeffrey, who ultimately lost his four-year battle with cancer that started at age 14. The charity unites musicians and celebrities for concert events, auctions, and other fundraising efforts. The monies raised are donated to groups that are working to find a cure, as well as those aiming to enrich the lives of patients and their families. “

To donate directly to the charity, please visit www.lyricsforlife.org.

We hope you enjoy our MyBevi tumblers as much as Drew does. Your support is greatly appreciated.

Let customers speak for us

Had a Dunkin Donut tumbler with screw lid. Loved it and wanted to get another one. DD no longer had them. Loved the easy screw on lid and finger hole. Thrilled to find exactly what I was looking for on your website. My absolute favorite tumbler.

I have yet to receive the 26oz tumbler with carry ring. I had it customized. Been about 2 weeks.

I bought one of your cups while in Pigon Forge at Paula Deen's store and love it . I use it all the time and wanted a new lid to switch out from time to time. 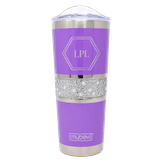 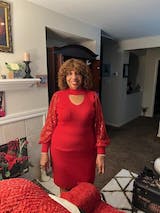 I finally found a replacement for my dunkin donut cups they fit perfect.
Thanks.